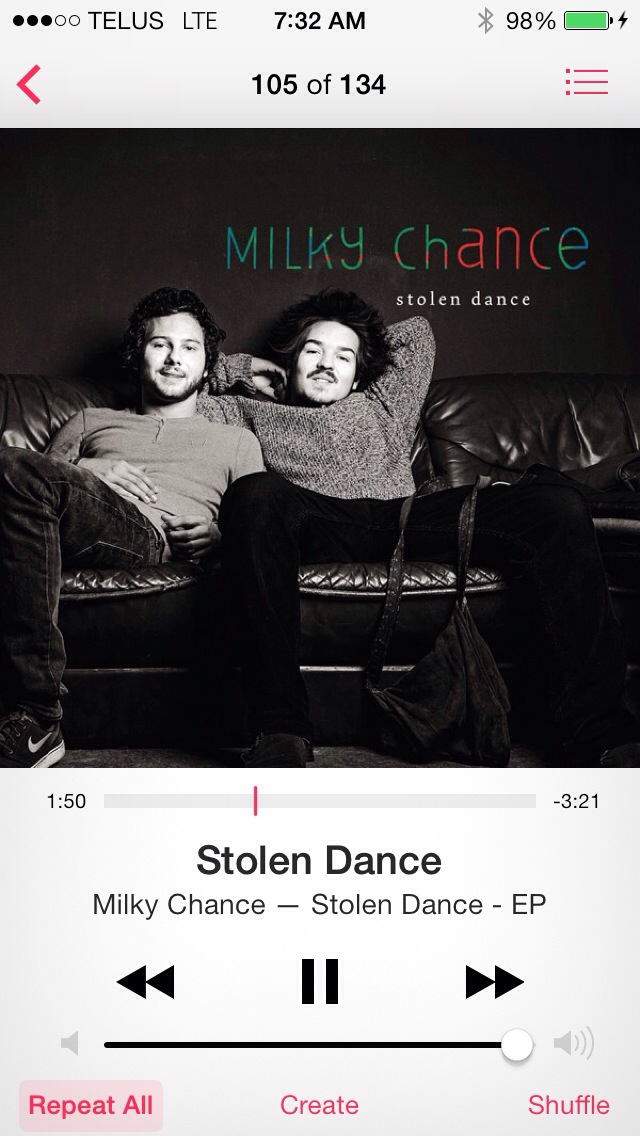 Yep, that’s a screen shot. I was traveling back from Whister the other day and this song came on the radio. It became a NEED to download situation.

This song has a rad beat. Its been a bit since I was this jazzed over something, lol but its been on repeat for a few days.

I think it needs this caveat though – I tend to think my best sound comes while driving, this song is good loud. Enjoy it loud. Get in your car and DRIVE. Love it.

I don’t yet know much about this band, but I stole this from their Youtube Channel.

“Nobody expected them and nobody saw them coming. But there they are – Clemens and Philipp alias Milky Chance from Kassel, Germany – and it is hardly imaginable where we would be without this unique and exceptionally talented duo that released their first album “Sadnecessary” in a nonchalant DIY manner that is marked by both genuine enthusiasm for what they are doing and boyish optimism. They have Germany at their feet and the rest of Europe will follow shortly. Their music is best described as a mixture of singer-songwriter, folk, reggae with electronic underlining. Clemens’ voice sounds mature and detached as if it belonged to some lonesome cowboy that is filled with decades over decades of wisdom and stage experience. Fact is that Clemens graduated from high school last year and wondered what would come next. It was music. All the way. And with it, success came along.”

Well they are officially on my radar… I would travel to see them.

NOTE: So a few months later.. I had the opportunity to shoot this band in Vegas at Life Is Beautiful. They were the first on the stage, on the first day and let me tell you – they killed it. I was fired up. By this point they had released a few other songs and I couldn’t have been more satisfied with their performance. 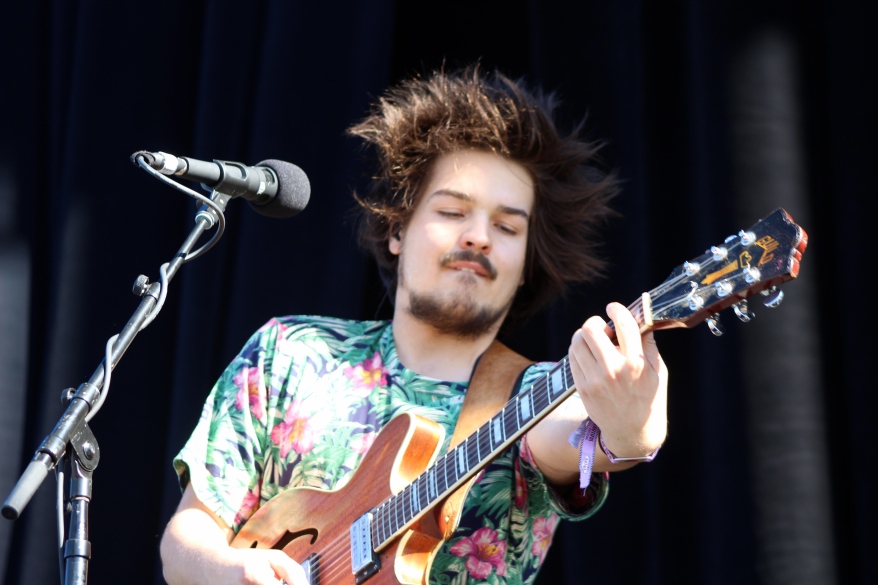 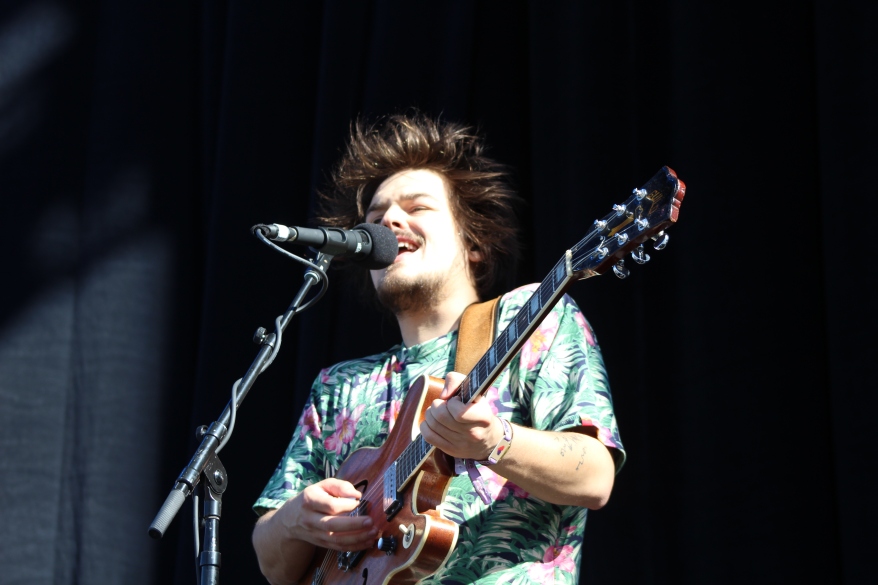