It’s no secret that when building a career as a musician you’re often faced with many obstacles. There are highs and there are lows but with hard work, a bit of luck and hours perfecting your craft, good things will happen!

So many times as a writer, especially one that spends time writing promotional pieces highlighting music or events – a LOT of stuff crosses my  twitter, email… Despite having the opportunity to listen to so much new music; actually only a handful of times have I been truly taken aback by a sound. This is not to say I haven’t fallen in and out of love more times than I can count, my playlist is ever changing but for a precious few it’s been that experience of quiet, calm, & that knowing that sits on your heart. In a second you realize in one single blaring moment that the whole damn world needs to hear what you just found.

A few months ago I was attending a fundraiser for Music Heals and while doing the customary room mingle I met a very well-energy’d manager and through him was then introduced to his client, this ‘indie artist’ named Greg. In that moment standing in front of me was this tallish bearded man with a soft voice, wise eyes and a genuine smile. We talked briefly about island living, our love for the west coast, and then about his upcoming tour and the various stops along the way. Then just like that the moment passed and we parted ways. I had no idea then that this man’s gift would so enhance my life.

Love Being Here seeks the good, we seek the stories of struggle and toil and unfailing faith in the greater plan. We don’t want to just write about music, we want to write about the human condition through musical experiences. 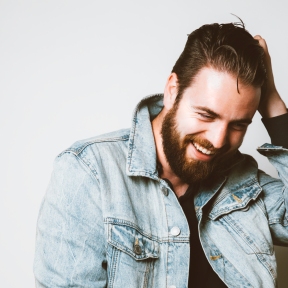 Greg Drummond on his supporters:

“I hope they can relate to something; to one song or one moment on the album. If they could listen to it the whole way through and take something away from it, that would make me happy. I hope they feel inspired or enlivened because of it.”

With the upcoming release of his sophomore album ‘Drive’ on June 16th 2015 and a list of summer tour dates, Greg Drummond is ready to showcase his evolution as a performing musician and songwriter to audiences across Canada. ‘Drive’ is a stunning indie folk-rock album that Greg has spent the past four years writing, producing and engineering in multiple locations including professional studios like Echoplant Sound and Monarch Studios as well as his bedroom closet, parents garage and family cabin. Born and raised in Port Moody, BC, Greg has drawn a lot of inspiration from moments on the road and the beauty of local parks like Rocky Point and Buntzen Lake.

“I really think that nature inspires a lot of creativity. I don’t think as humans we spend enough time in it or feel grounded in our lives enough to really embrace it and travel and enjoy it. Anxiety and these other things catch up with us, you know. I feel like nature draws us to be closer together versus being spread out.” – Greg Drummond

Drummond is known for his deep, distinguishable voice and style of songwriting that combines fun, infectious melodies with stories of a slightly darker tone. He tackles a wide variety of subjects including sleepless nights, drinking alone, finding redemption in love, soul searching and pushing forward in the face of ongoing challenges. On his new album, Greg has beautifully accompanied these themes through the tones of old hollow body guitars, gorgeous group harmonies, rolling train beat percussion and a section of horn players that elevates the entire album. The collection of songs on ‘Drive’ is guaranteed to inspire self-reflection and contemplation of some of life’s wonder, mystery and despair.

“Greg has an easy and effortless way with a melody and a hook. He’s a natural troubadour, and his songs will get inside your head and have you humming long after you hear them.” – Paolo Pietropaolo, CBC

After releasing his first album in 2011, Greg Drummond has gained recognition throughout Canada and received continued support from the local community in Vancouver including: CBC Searchlight Top 10, Factor Canada, Peak Performance Project Top 20 and the Shore 104.3FM Best of BC award. Drummond says his music is geared towards uplifting people and connecting them together through his live performance. Recently, he has committed his time to local and international causes including the United Way, C.E.F.’s Clean Water Project and Haiti relief. In 2013, Drummond was commissioned to write and perform the official song for the ‘Ugly Christmas Sweater Party,’ an annual sold-out event that contributes all of its proceeds to the Children’s Wish Foundation.

Beginning June 17th, Drummond and his five-piece band, will be touring throughout British Columbia, Alberta and Saskatchewan. There are currently 19 tour stops, but with promoters demanding more dates, Drummond is building towards a cross-Canada tour in the Fall of 2015.

Listen: ‘Drive’ – Just because I love the song.