When Henry David Thoreau declared “We need the tonic of wildness”, he was pointing to the restorative virtues of wild, unfettered nature.

But I’m open, you’re closed
Where I follow, you’ll go
I worry I won’t see your face
Light up again

Another literary maverick Robert Louis Stevenson found his inspiration (& serenaded his woman) in the hills of Sonoma – finding solace in the shadows of the great Redwoods to write “Treasure Island”….and pledge his love on bended knee…

In its innate balance, nature mirrors the freedom we long for; it reminds us of the strength of what’s real; the value of reflection – the very things busy modern life so often precludes.   It also reminds us of the struggle for the simplicities of life, and the randomness of bliss unexpected yet abound in pockets of everyday moments.

For the purposes of this travel blog, this was the ‘collision’ of positive intention between taking in South Africa that was all things Mandela – and the passion and love for the vineyard and the glory of the grape.   How the soil and the very toil of it ‘collides’ to create the tonic of our time, yet symbolizes in its earthly form so much of what we face in our everyday struggles.  (Remember that great scene in the movie ‘Sideways’?  Maya talking with Miles about the complexity of the Pinot?)….

As I awoke to a crushing surf somewhere north-west of Cape Town, Howie Day’s song ‘Collide’ was ephinanizing my early read on ‘the essence of struggle’…

The confluence of ‘life energy’ is what the song spoke to me: 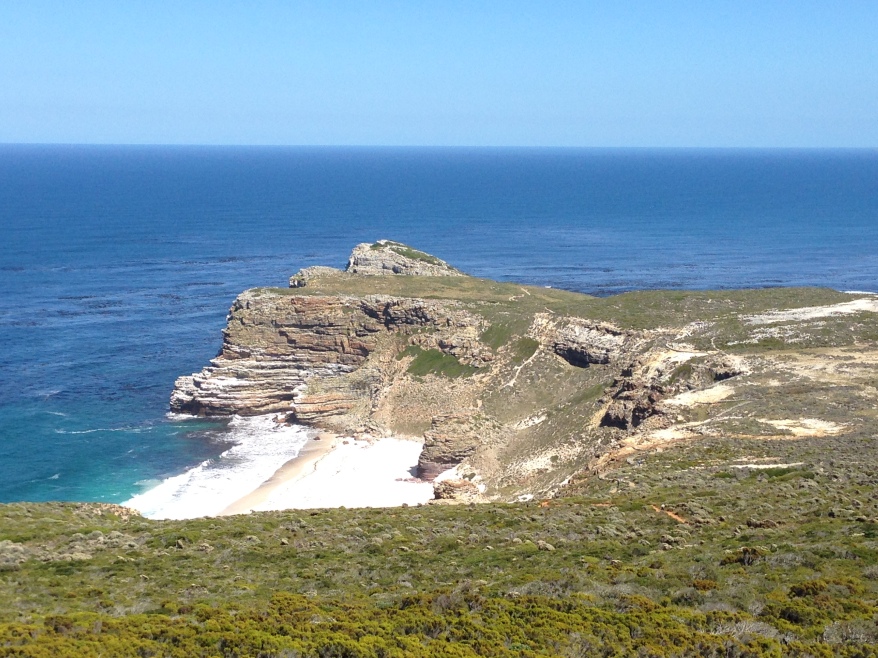 I must still be in work/warrior mode, as I had powerful metaphors hit me about the rugged natural wonder of this convergence of energy.   The ship, the Lusitania met her demise on Bellows Rock at the turn of the century;  directly in front of the Cape’s lighthouse , as well as the Flying Dutchman… they say the flying dutchman’s ghostship is periodically spotted by mariners to this day.

The mystic and the massive inertia of the Mandela movement – and the legacy that is today a continent filled with hope and inspiration….

You instantly see signs of inspiration, messages of hope, pluralism …compassion ~  I had a rift of emotion permeate my body as the Customs guy said; “You will never experience anything in your life like South Africa….Welcome….”

Our experiences thus far, only 5 days in,  surely satisfy even Thoreau’s hunger for the primordial and the holistic. A collision of elements, yet the simplicity of our earthly elements;  land and sea, soil & toil,  struggle meeting adversity,  this is what we long for to ‘create our verse’.

As I type this,  I am sitting watching dolphins feed, and reflecting upon a day as a guest of a nation that has found its voice and defined its character by the very struggle of its nation builders.