There is nothing more gratifying in the music industry then listening to music that comes directly from creative, talented, passionate and most importantly humble people. From the roots of their lyrics to the name of the band, Sloan Walkers fits every aspect of a band that genuinely cares for the quality of their content and the satisfaction of their listeners. I had the opportunity to sit in on one of the bands rehearsal sessions. During this time not only did they open the doors of their home to me, but they opened to me about their beginnings, their inspirations and the long term goal for Sloan Walkers.

The beginning of this three man band was not fully expected. Brought together by a mutual friends, Felipe Tejeda and Jose Rodriguez are the root of the beginning. Soon they found completion with the newly found drumming skills of Eric “Kimchi” Aumiller. Listening to the Indie Alternative sound they create, you would believe that they have been playing their instruments for years, but truly their talent comes from a few short years of playing and a supreme love of music. Passionate, you bet.

As the first notes of “Words Unspoken” played, the room was overtaken by the energy that rang out, not only from the speakers but the musicians in front of us. The vocals provided by Felipe, created a vibe throughout the room that reeled me in. I was mesmerized. At the heart of it was drummer Eric “Kimchi”, with a rhythmic beat, he created the spine of the song. Bringing the song full circle was the smooth sound of the electric guitar played by Jose.

Like many bands Sloan Walkers wants to relate their music to their listeners, they pour their hearts and time to make their lyrics intellectual, rooted in something real.

“Straight forward is not the goal, we want our supporters to listen to the lyrics, and understand them, not just hear them”

Connection with the listeners is the bands biggest goal, they want that connection not only through lyrics, but in person as well. When asked who their greatest musical inspirations were the band answered that it ranged from musical groups like Metallica to solo artists like John Mayer but their biggest inspiration is alternative band, Young the Giant. Felipe soon added on why Young the Giant was his personal inspiration:

“I saw them [Young the Giant] live back in April, and the connection that they had with the audience is the kind of connection I want. We want that personal connection with our listeners”

Sloan Walkers has definitely taken the first step to creating the personal vibe with their fans.

Recently I was able to watch Sloan Walkers play at a local show here in Las Vegas, and as they played their set you could see the crowd slowly transition from reality and become one with the music. It is hard to pinpoint what it is exactly that connects Sloan Walkers to the crowd. Maybe it is the way that they play their melody so differently that you can’t help but dance to the beat. Maybe it’s the way that the band members lose themselves in their own music that you can’t help but get lost too. Maybe it’s the way that every word that rings through the speaker seems to be written just for you. Whatever it may be Sloan Walkers has created a vision for the music they want to create and they have made goals that they want to reach, and slowly but surely they are reaching every goal. And as for where Sloan Walkers maybe in 10 years? Well, you’ll just have to listen, wait and see. 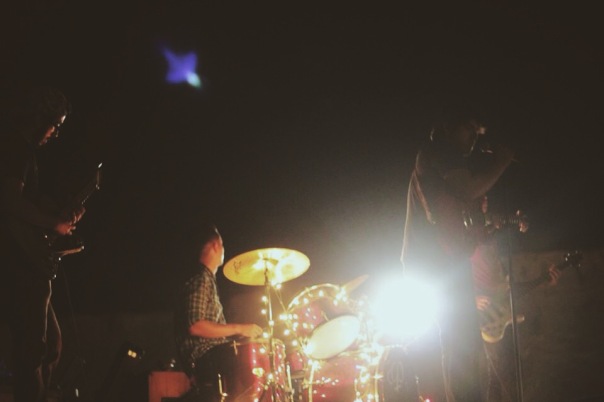 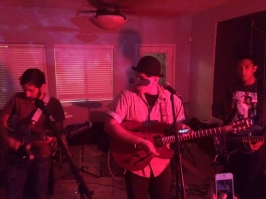 The yin to my yang. 🥰 love adventuring through life with you @r.e.hawse ✨💕 I really love the snow when it’s falling but man, all this cold and ice is really not my cup of ☕️ haha I wanted to throw back to much warmer times. Adventuring. I’m certainly much more partial to warmer temperatures and easygoing access to outside spaces. What do you enjoy doing to stay active when the temperatures are low, and the light is limited? I get skiing and snowboarding and skate skiing and snowshoeing, all the winter season things but what about quicker things - less drive and gear required winter things? At least we are on the other side of the solstice now, spring is coming... eventually. #vernonbc #supermushypost #whatever #missingsummer #summervibes #missyou #needmoresun #socoldoutside #babyitscoldoutside #reminiscing #needanadventure
I love alignment. Pause, Pivot, Progress - the great mantra of my life. #vernonbc #financialliteracy #wellnessjourney #justagirlintheworld #learningeveryday #perspectiveiseverything
Happy Birthday to one of the most beautiful and inspiring souls I know, @sherhawse 🥰 I’m so happy to have had all these years to watch you grow into such a driven and passionate woman. From some of the old things; random road trips & Caprese Salad, to Guinness book attempts (haha I left that picture out!) to our more recent tapas and politics and jeopardy finals - it’s such a great gift to know you and walk with your through it all. One of the very best things about blending families - daughters from other fathers ❤️❤️ I hope today is magic and the year ahead is everything you decide it should be. Happy Birthday ✨✨ 🥂
Approaching Midlife. I am no longer waiting for a special occasion; I burn the best candles on ordinary days. I am no longer waiting for the house to be clean; I fill it with people who understand that even dust is Sacred. I am no longer waiting for everyone to understand me; It’s just not their task I am no longer waiting for the perfect children; my children have their own names that burn as brightly as any star. I am no longer waiting for the other shoe to drop; It already did, and I survived. I am no longer waiting for the time to be right; the time is always now. I am no longer waiting for the mate who will complete me; I am grateful to be so warmly, tenderly held. I am no longer waiting for a quiet moment; my heart can be stilled whenever it is called. I am no longer waiting for the world to be at peace; I unclench my grasp and breathe peace in and out. I am no longer waiting to do something great; being awake to carry my grain of sand is enough. I am no longer waiting to be recognized; I know that I dance in a holy circle. I am no longer waiting for Forgiveness. I believe, I Believe. -Mary Anne Perrone 📸 @r.e.hawse #slowliving #lifeafter40 #buildingthingsthatmatter #motherofgrownkids #newcommunity #newchapter #lookingforward #cultivatingpassion #thewheelturns #vernonbc #winterseason #intentionalliving
Welcoming this next chapter, decade, new year feels familiar - like welcoming an old friend that I have known 1000 years over. Slowing down, following the rhythm of the seasons and my own song. I think I’m going to enjoy learning about life again, this way. #slowliving #asthewheelturns #solemnityofmary #feminineenergy
Pretty much sums up the last ten days, months, years. It’s been a big decade filled with learning. I love that I look at things the way I do - learning through life experiences; the good, the bad and the ugly. I’ve paused, pivoted and progressed more times than I can count by this point. I went from being a stay at home mother (best job in the world!) to being thrust into solo parenting, back to school, building a life, traveling, pushing every barrier within myself right out into the scary unknowing field which led me here - to being a high achieving entrepreneur with an effective voice and a very confident mindset. I’ve set goals, fallen short, gotten back up and tried again. About a million times these last ten years. Today though, this picture sums it all up. My kids are good humans. I am so proud of each of them for living so intentionally. My fiancé @r.e.hawse loves me more unconditionally than I’ve experienced in my life, it’s a joy that is unequivocally my favourite thing. We just moved into what I think might actually be my dream home and I’m so excited to be here. (Minus the actual moving 😉) I am doing a job every day that I feel in the fibres of my bones is important for my community and I love it. I feel after 10 years of learning... more like myself - my real self than I thought would be attainable. So refreshing, the fire is burning and it feels good. Really that is it - my hearts content. I was asked what my New Years resolution will be... after giving it some thought- keeping it simple I think I’d like to dance more. Good cheer to you and yours. Happy New Year. Welcome 2020. #slowliving #newchapter #lovemyfamily #happynewyear
%d bloggers like this: