Get the shot, don’t think – just live the moment and shoot.

That’s the way of the faithful adventure seeking photographer.

This past week I was working on a story about Echosmith up and coming LA Siblinigs, with a fresh New Wave Indie Pop sound for the youth and teen social network I write for Kidzworld Inc. We had recently polled the 2+ million users that are regulars to the site… Which up and coming bands they want to see more of? It was overwhelmingly decided – Echosmith were the ones to watch.

“…an up-and-coming band that we’ve totally fallen for. Echosmith is comprised of four siblings…and they each have a downtown, ‘60s rocker vibe that emanates pure cool.”

It’s not surprising to me that this young motivated populous of Kidzworld members wanted to see more of these young performers – they are captivating on stage, the youngest at 15, Graham the bands drummer with Sydney following at 17 as lead vocalist/keyboard – from what I saw, she is a powerhouse – flaming the stage with a rocking drum beat up front.  Following Sydney is older brother and bass guitarist/vocals Noah at 18 and lastly eldest brother Jamie at 21 on Guitar/Vocals. 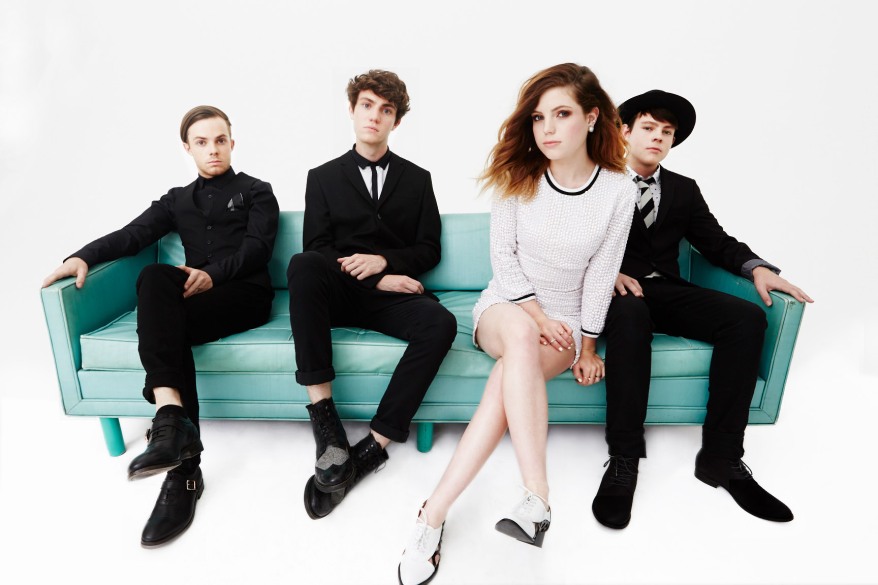 Breaking out last year with their debut album Talking Dreams, they came to Vancouver on tour with the Mowglis & headliner American Authors as part of the Honda Civic Tour, ready. to. rock. 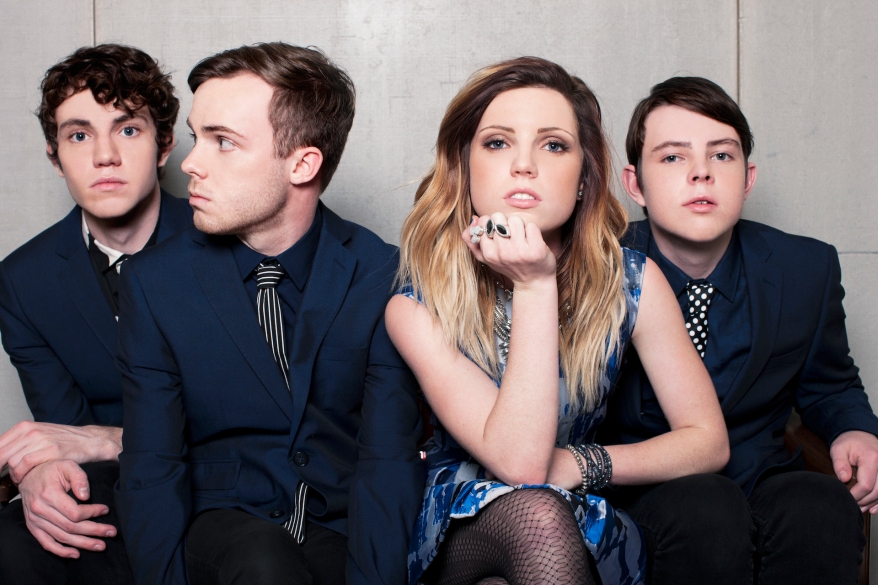 It was a pleasure to watch this band perform – their stage charisma was paramount and the way in which they humbly engaged with the crowd left something to be learned by performers I have witnessed with decades more experience.

I read a great quote from Sydney, while at the Warped Festival last year & published on idobi by CatherineYi:

We kinda just had to decide in the beginning and get over the fact that probably most of these people, 99% of them, don’t know who we are. So we went out every single day and walked the lines and walked just around the park saying, “Hey I’m Sydney, I’m in a band called Echosmith. Come see us at this time if you want.” And sometimes people would literally say no or I’d say, “Do you want a free CD?” and they’re like, “Nope” and I’m like, “Can’t get everyone!” [laughs] At first I was so offended! And then you get used to it, like now I feel I can go up to anybody in the world – I don’t care who it is – and tell them to listen to our band. It was a great tour for growing as a person too, and as a band, so it’s a really cool experience and if anyone has the opportunity, I say go for it. Because I know a lot of people are scared of it, but it is really cool.

If that’s not a #lifehack in the making – growth always comes with bravery, courage or experience in tow.

We’ll next be catching up with Echosmith as M Media & #LoveBeingHere hit the road for Vegas.

Life is Beautiful is coming up fast, kicks off next week in fact.

In addition to the festival – see them up close and personal with Fitz and the Tantrums at an after party Friday night !

For more information about