Life Without Music: An excerpt from author, Ross Hawse’s first novel. To be released in early 2016.

An excerpt from author, Ross Hawse’s first novel. To be release in early 2016.

She dropped the tea bag into her cup of hot water and stared at him across the table. He was engrossed in something on his phone but tapping his foot to the song that played in the background. The war against time and the elements had been good to him she thought. Sure his face showed signs of too much sun and he had a few scars from his years of playing sports, but it made him even more attractive to her. The lines by his eyes, the creases from smiling, they gave depth to his character and added to his presence.

She cleared her throat to get his attention over the music that was filling the kitchen. He looked up and smiled back at her. God she was beautiful he thought. Not a touch of makeup, her hair still in a ponytail from a night of sleep and looking like she was ready for another day of kicking life’s ass.

“What’s up beautiful?” he asked.

“I was just thinking”, she paused and then slowly spoke so as to draw his interest into where she was going. “Have you ever thought about what life would be like without music”?

He paused and let the smile slowly leave his face. “Life without music” he repeated. “No. I can’t say I have. Not sure that is a world I would want to live in”.

“Let’s play a game” she said with glee and a sparkle in her eye as she got up and turned the music down.

“Oh, I hate it when you do this” he said, the smile back on his face. He picked up his coffee and took a sip. “Ok, you first”.

“Life without music would be like a life without a sunrise. Where it was dark all the time “she said.

“Or, it would be like life without a sunset. A world that was forever bathed in sunlight” he replied back. “No beautiful orange and pink sunsets to light up the skyline”.
“Can you imagine a life without summer, a world that only existed in a blanket of winters snow and everything is a frozen veil of white” she stated as she got up from her chair and made her way around the table. “You would have to keep me warm” she whispered in his ear and wrapped her arms around him so she could feel the heat from his body.

“Well” he coyly murmured back as he turned to hold her, slipped his hand inside her robe and ran his hand down to the small of her back. “What if it was always sunny, it never rained or snowed and the heat was constant and stifling. You never got a chance to dance through a spring rain shower or walk holding hands down a tree lined path with all the colors of fall captured in the leaves and falling on you, or you never had a chance to lay in the snow and make snow angels. How would you like that, little miss I love all four seasons”.

“What if there were never puppies or kittens or baby panda’s. Or babies. What if everyone and everything was born into the world as adults” he continued.

“Oh I don’t think I would like that” she quietly stated as she pulled herself away from him and reached down to pet the dog at her feet, a tear slowly rolling down her cheek as she imagined a world without puppies.

“What if there were no butterflies” he sadly asked.

“What if there was no coffee” she smirked as she stood up wiped away the tear and filled his cup. When it was full she put in a splash of cream and stirred it for him.

He picked up the cup and took a sip. He pulled her close so she could feel his body tight against her. He breathed in her smell as he ran his hand through her hair and whispered into her ear. 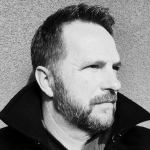 Posted on LBH with permission by Ross Hawse

Blog: Adventure Always
Falling in Love, First novel, How to get published, Life with out Music, Lovebeinghere, musication, My Inside Voice, Ross Hawse, Share the Process, Writers