Wanderlust: that inevitable journey of the soul that connects one to the other; be it a place a practice or a person.

Such was the case with our evening at L’Auberge Edge of Seattle in the heart of Woodinville Wine Country. What started out as a whimsical decision to head towards Portland, Oregon for no other reason than to shake off the village. We purposefully planned to NOT plan and see where the winds of serendipity would blow.

I’ll admit… I hadn’t anticipated the winds blowing quite as far north; however I am sure glad they did.

Let me set the tone of the day for you.

Imagine driving along an inner route, winding through some country roads; having just passed the USA/CAN border and with leisure my lovely adventure partner suggests,  “Should we stop in Woodinville for lunch?” I replied of course: “Why not?”.

Are you more of a vacationer or a traveler?

Which camp would you likely identify yourself in?

The Vacationer: pre-planned, parked in a suggested area, itinerary made up, expectations securely in place and hoping to be met.

The Traveler: general idea about direction and dates, open and motivated to participate in the magic of moments. NO expectations.

Without question 99% of the time Fitz and I are travellers.

We ventured into Woodinville, visited three of our favourite wineries. 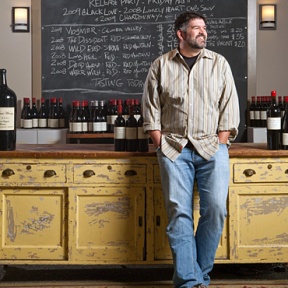 It was while tasting and chatting at Mark Ryan with Stan, that the magic really started to churn. Having had an afternoon of tasting there was no desire to continue on so we decided to find accommodation in the area. This is where my Fitz works his magic, honestly the guy is a genius in seeking out the underground experiences. We were given a number and a scribbled address very mofioso-esq and after a quick phone call check, it was announced that we were heading to a French Cooking Class! 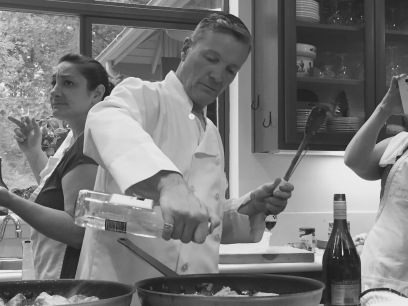 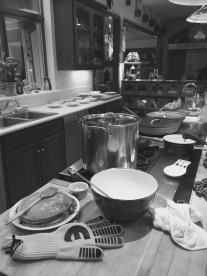 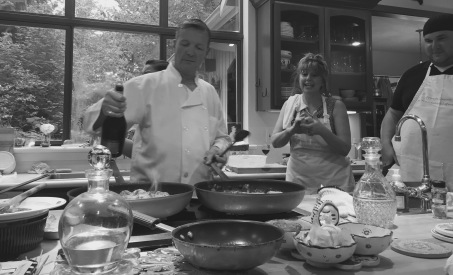 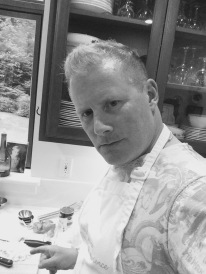 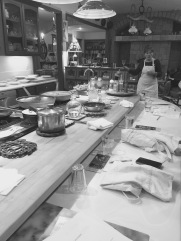 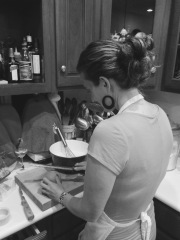 Life is made up of small pleasures.

What are some of the little things that give you the most happiness?

If a vibe might be imbued into a place – the above statement is like the velvety layer of sweetness over the kitchen at Madam Nancy Gates-Douglas’s established A’uberge Edge of Seattle.

We had the extremely good fortune to walk into the cooking class in full swing, it was the combined  merriment of 8 strangers working together, laughing, and learning. In this kitchen the wine flows freely, (as every guest brings a bottle to share) and Chef Phillipe charming with the ladies escorts us into a culinary frenzy.

“Years, lovers, glasses of wine; these things must not be counted.”

Over all I can’t express adequately in words how much fun this evening was, I truly haven’t laughed that much in ages… well.. since the last time 😉 This is an experience I would recommend to do with a few friends, another couple, or for a girls night out. These days Fitz & I are all about the experience. Meeting new friends, laughing as much as we can and wanderlusting into new environments. A’uberge Edge of Seattle allows this to take place, along with much, much more.

It is worth noting the value Woodinville holds for us Vancouverites. Less than 2 hours away with the extremely friendly and hospitable tasting rooms, restaurants and populous, the atmosphere each vintner has taken care to produce, the price point is unbeatable – I’d venture to say, Woodinville Washington is truly earning the title ‘Napa of the North’.

Beginning at 5:30pm, join Nancy Gates-Douglas and Chef Philippe Naud of Seattle’s Auberge Edge as they lead participants in a hands-on cooking class.  Participants will be taken on an adventure in taste, and learn to easily translate the bistro’s simple, elegant fare into their home kitchen. Chef Naud, your Chef Instructor was born and raised in Paris’s Montmartre neighborhood, where at an early age he was introduced to the culinary arts by his father, a Chef cuisinier. Chef Naud moved to the United States in the mid-eighties, where he opened Caf?? Mars, a European bistro in Seattle. He has worked for Auberge Edge as a Chef Instructor for the past five years.

The class will be followed by a three-course sit down meal, presented by Chef Naud and featuring French bistro specialties like unsweetened butter, French baguette and radishes as a hors d’oeuvres to munch on during the class and later for your sit down dinner. Menus vary.

Tickets for the soiree are $165 per person. Reserve early, as space is limited!